Movember is an annual event involving the growing of moustaches during the month of November to raise awareness of men’s health issues, such as prostate cancer, testicular cancer, and men’s suicide.

This year, The Duke Shopping Mall wanted to raise awareness of men’s health issues and as well by giving something back to its shoppers. A backdrop was designed and installed where the shoppers were urged to take photos in front of with different styles of moustache props. The response was amazing, and we had a lot of shoppers who uploaded their photos on FB.

What we did from our end was to enter all the competitors, who uploaded their photos on FB and checked-in at The Duke, into a randomized software which gave us a winner. The winner, Catherine Stojanovic, was announced on the 1st December and she won a two-night stay at The Duke Boutique Hotel. 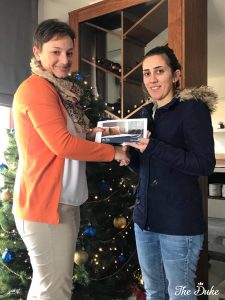 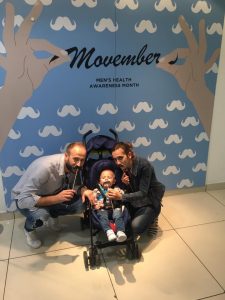 The 3rd issue of The Duke Magazine, ‘Seasons at The Duke’ is out. The autumn issue covers the major trends of this season and the activities happening at The Duke. We urge you to visit our stores to see the beautiful trends available!

END_OF_DOCUMENT_TOKEN_TO_BE_REPLACED

Christian Dior once stated that:

A woman’s perfume tells more about her than her handwriting

END_OF_DOCUMENT_TOKEN_TO_BE_REPLACED

This website uses cookies to improve your experience. We'll assume you're ok with this, but you can opt-out if you wish.Accept Read More